How many times have you been watching tv or reading a magazine and quickly stopped paying attention or turned the page when you realized you were seeing a public service announcement? Stop smoking… don’t text and drive… stand up to bullying… practice safe sex… ENOUGH ALREADY! I mean, I totally get the purpose of public service announcements, but do they all have to come at the viewer with shocking images or statistics? Isn’t it about time someone takes a different approach to getting a serious message out to the community?

Back in November, advertising agency McCANN did just that for Melbourne Australia’s Metro Train System. The company wanted to get the word out about being safe around trains so instead of creating a campaign full of statistics about injuries and deaths by train, they decided to put a spin on things. They launched a web video called “Dumb Ways To Die” that is full of cute characters dieing in dumb ways… all while singing a catchy tune. At the end of the video, they slipped in a short line about being safe around trains with the company’s logo, and voila… they got their public service message out without the viewer even being aware that they had just spent 3 minutes watching a public service ad.

Melbourne Australia’s Metro Train System recently released a series of print ads to accompany the online viral video. In the series, they use the cute characters from the video and accompany them with a few lines from the song… finishing up with the line, “Be Safe Around Trains.” This campaign is definitely something we haven’t seen (or at least not very much of) in the public service campaign world, but it’s simple… it’s bold… and best of all, it’s different! 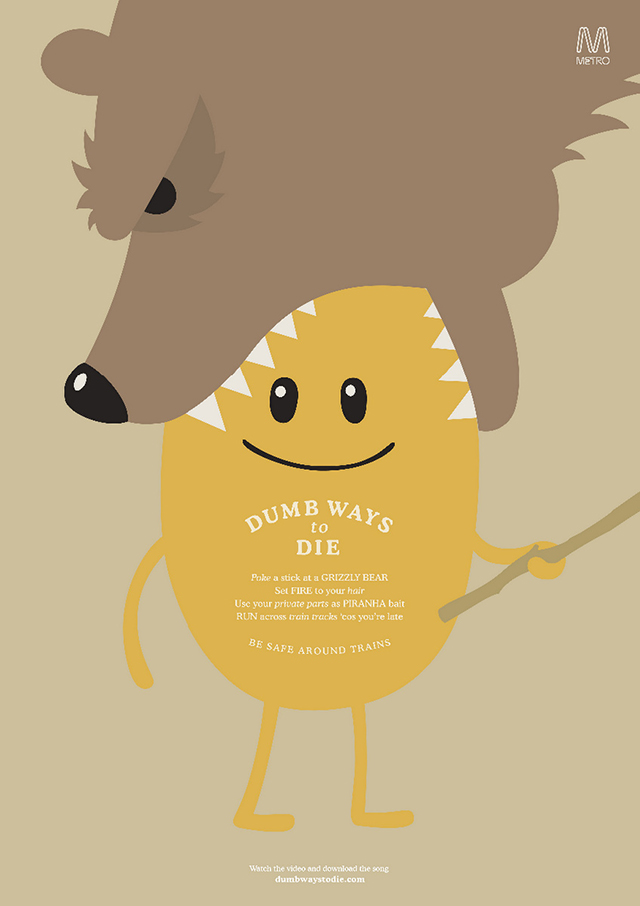 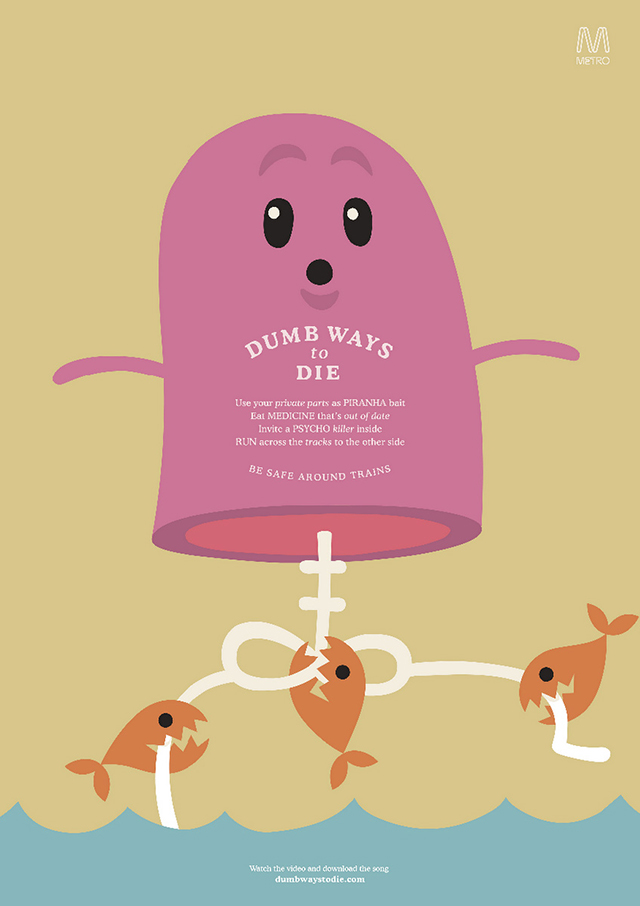 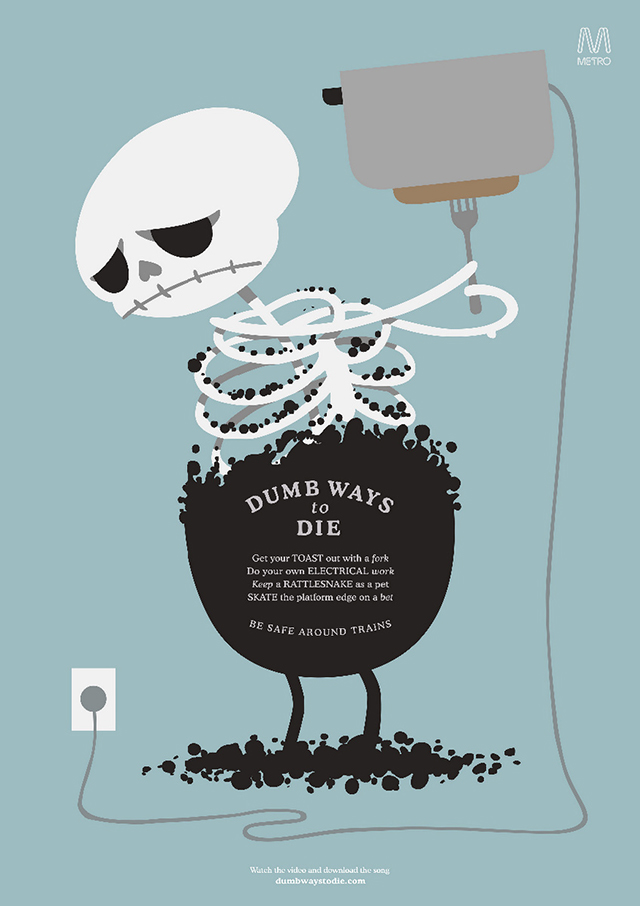